by Blake Davies March 29, 2021
Throughout history, the female nude has been a subject of art dating back to the first recorded sculpture - a Paleolithic statuette made of oolitic limestone tinted with red ochre pigment titled Venus of Willendorf, which is thought to be a representation of a fertility deity. This representation of the female form continued its presence with the Greeks, who were fascinated with creating perfection and sculpted idealized figures of goddesses, like that of Aphrodite of Knidos.

Image of Aphrodite of Knidos  ﻿by Praxiteles of Athens

In the Renaissance era, the female nude took a turn from the fascination with perfection and artists began creating works with an emphasis on female seduction, which carried throughout art practices into the late 19th century, with works such as Edouard Manet’s, Le Déjeuner sur l’herbe (1863). Even more contemporary artists like Jenny Saville have made the female nude a focus of her artwork, creating large-scale depictions of the women, emphasizing the curvy and perhaps more realistic nature, such as her piece Propped (1992). 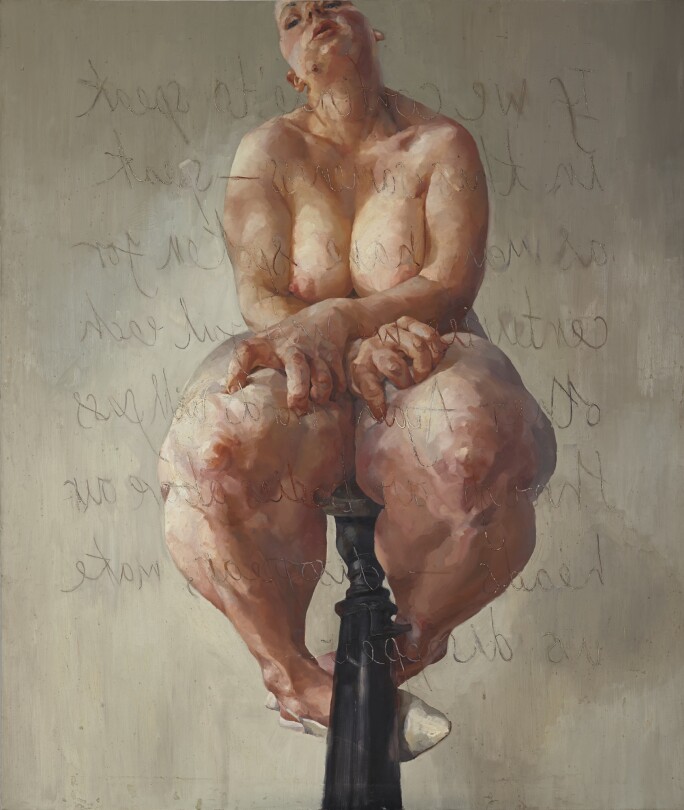 Image of Propped  by Jenny Saville


The visual portrayal of the female nude is something artists have always been fascinated with and with that comes a long rooted debate on the realistic versus unrealistic representation and expectations of female beauty. Much like that of the critiques of modern advertising, which sparked the Body Positivity Movement, a ‘social movement initially created to empower individuals no matter their physical weight or size, while also challenging the ways in which society presents and views the physical body.’

Body positivity is about viewing our bodies as something that is not only perfectly acceptable but entirely wonderful. The movement has gained considerable traction in mainstream media and with advocates on social media, causing somewhat of a body shape and self-love revolution.


As supporters of the movement, Brush and Bubbles co-founders, Tiffany and Lara, decided to create an Abstract Nude online painting tutorial, the first of a series of acrylic paintings which reflect different types of bodies, different colours, different shapes, to display as a collection of body positivity on your gallery wall.

The series will be released over the coming weeks, so do subscribe to our YouTube channel in order to be notified when they go live! We can't look forward to seeing your lovely creations, please do share them with us on our Instagram.